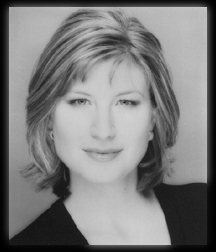 Dr. Stephanie Adrian is a classical singer, voice teacher, and writer based in Atlanta, Georgia.

Adrian holds degrees in vocal performance from The Ohio State University, Southern Methodist University, and the University of Tulsa.  She served on the voice faculty of Emory University in Atlanta from 2011-2017, teaching courses and voice lessons to both undergraduate and graduate voice majors.

With a music career spanning over twenty years, Adrian specializes in vocal pedagogy, art song repertoire, and opera.  She has taught at The Ohio State University, Kennesaw State University, Otterbein University, and Kenyon College.  In 2003 Adrian was selected by the National Association of Teachers of Singing to participate in its prestigious summer internship program.

Adrian is a correspondent for Opera News (www.operanews.com) and www.artsATL.com and has written articles and reviews about music and the art of singing for Classical Singer, Journal of Singing  (“An Introduction to the Songs of André Previn with Lyrics by Toni Morrison”, “The Impact of Pregnancy on the Singing Voice”), Opera News, and Atlanta magazine.  In January 2013 Adrian’s research was featured in the Washington Post within Katherine Boyle’s article, “Pregnant artists continue to perform with precision.”

A former Young Artist at Opera North, Adrian’s operatic repertoire spans contemporary heroines including Susannah (Floyd), Abigail (Ward), and Rosina (Corigliano), and those in light opera such as Hannah (Léhar), Mabel, and Aline (Gilbert & Sullivan). Concert highlights include Vaughan Williams’ Dona Nobis Pacem, Mozart’s Requiem, and Handel’s Messiah.  Additionally, she has also had the great pleasure of singing the soprano solos in Mahler’s Symphony No. 4 at the stunning Pontifical College Josephinum.  A specialist in American art song, Adrian has performed at the Songfest Art Song Festival at Pepperdine University, working with both Jake Heggie and Pulitzer Prize winning composer John Harbison.

Adrian is a member of the National Association of Teachers of Singing, the Voice Foundation, and the National Student Speech Language Hearing Association chapter at Georgia State University where she is pursing a Master of Science in Communication Sciences and Disorders with a specialization in voice disorders.