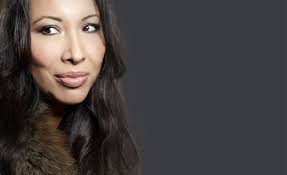 ON MAY 7, the Atlanta Opera offered Charles Gounod’s Roméo et Juliette at the Cobb Energy Performing Arts Centre, rounding out its 2015-16 season. Atlanta’s opera company, which achieved the highest-grossing production in its history this spring with Pirates of Penzance, made a significant investment in its casting for Roméo, enlisting the talent of soprano Nicole Cabell and tenor Jesús León for the title roles.

Artistic and general director Tomer Zvulun served as stage director for this production, choosing a John Conklin set based on the historic Globe Theatre that was originally conceived for Glimmerglass Opera. The multi-tiered set was functional for Zvulun’s staging and allowed for entrances and exits on many levels as well as diverse stage business in the chorus scenes that could take place simultaneously. In one instance during Act III, soprano Sandra Piques Eddy sang a warm-voiced rendition of Stephano’s chanson “Que fais-tu, blanche tourterelle” on the street as we witnessed a pantomime of “Death and the Maiden” inside the Globe. The tidy set also lent to easy transitions between acts and with only one intermission and a few unfortunate cuts—including the cello prelude before the fourth act—Romeo and Juliet finished in just under three hours.

No Roméo et Juliette is complete without its cast of Capulets and Montagues, here smartly costumed in striking Victorian garb by Atlanta Opera’s designer Joanna Schmink. Edward Parks was hard to ignore as the hulking, hefty-voiced Mercutio. His rival Tybalt was the petite lyric tenor Santiago Ballerini. Cindy Sadler sang an agreeable Nurse Gertrude, her contralto voice lovely to hear. And Turkish bass Burak Bilgili gave an innocuous, but well-sung performance of Friar Laurence, the man who provides Romeo and Juliet with a means of escape and ultimately their undoing. —Stephanie Adrian