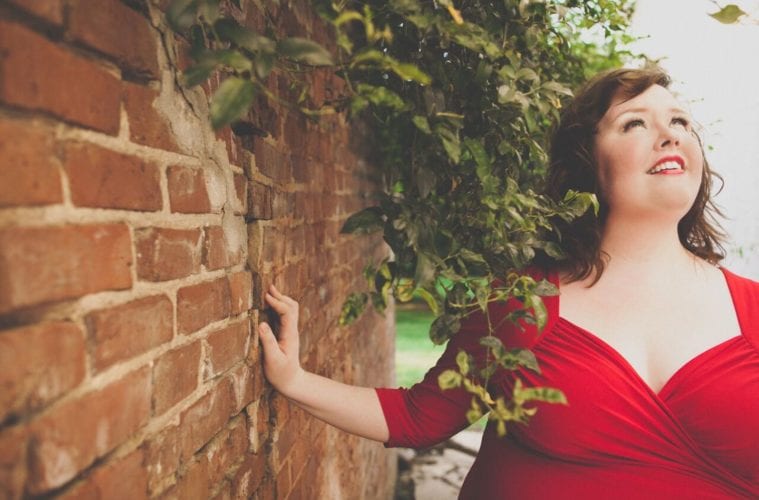 STEPHANIE ADRIANJANUARY 29, 2019
IN CONVERSATIONMUSICMUSIC – FEATUREDMUSIC – IN CONVERSATION
Opera is no stranger to crimes of passion. However, opera also portrays the best of humanity alongside all of the human folly. The Atlanta Opera presents Jake Heggie’s production of Dead Man Walking, with Georgia native and internationally renowned mezzo-soprano Jamie Barton singing the role of Sister Helen Prejean in the Atlanta production, which runs February 2–10. Heggie’s operas always seem to offer redemption in the midst of tragedy, and Dead Man Walking appears to be no different.

The contemporary opera is based on Prejean’s best-selling memoir that recounts experiences as a spiritual advisor on death row at the Angola State Penitentiary in rural Louisiana. On the surface, the story follows Joseph de Rocher, a convicted murderer who faces the death penalty after committing rape and murder, and Sister Helen offers counseling as he preps for death.

Barton first received national recognition in 2007 as one of the winners of the Metropolitan Opera Council’s National Audition. She was featured in Susan Froemke’s documentary, The Audition, and has taken home the gold at some of the most prestigious opera competitions, namely the 2013 BBC Cardiff Singer of the World Competition and the Richard Tucker Award. Barton’s career is only gaining momentum — she’s singing major roles at Lyric Opera of Chicago, the Royal Opera House Covent Garden and can be heard later this season as Fricka in Wagner’s Ring cycle at the Metropolitan Opera.

ARTS ATL spoke with Barton six years ago, prior to her debut recital at Spivey Hall, and caught up with her once again to discuss her upcoming role at the Atlanta Opera.

ARTS ATL: What attracted you to the role of Sister Helen Prejean in Heggie’s opera Dead Man Walking?

Jamie Barton: This opera is powerful because of the way it makes people think — it doesn’t tell you what to think; rather, it makes you consider several points of view. The crime Rocher committed is monstrous, but all of the characters come across through the light of compassion, and Sister Helen is there to provide that radical empathy. This is one of the few roles that really speaks on social justice, which makes it very special to me.

ARTS ATL: What is exclusive about the upcoming Atlanta Opera’s performance of Dead Man Walking?

Barton: They’ve put together a cast of Atlanta-based folks, including people I’ve performed with all over the world and usually only get to see on the road. I really appreciate that they champion Atlanta artists, and I think we’re well-suited to tell a story set in the South. It’ll also be something special to perform for an audience of people who actually live in the South. It’s familiar, a bit like performing The Barber of Seville in Seville. There’s a local flavor that can give the experience authenticity.

ARTS ATL: Most of the opera roles that you sing were written more than 150 years ago. What are the challenges in preparing for and interpreting a 21st-century role that does not have a well-established performance practice?

Barton: This particular new opera actually does have a relatively well-established performance practice, but there are definitely different challenges in putting an opera like this together. The easiest part for me is that it’s in English, a dialect I’m comfortable with, being from the South. It’s also a modern subject matter, something that everyone in our society has familiarity with. The difficulty for me comes in wrapping my ear around the musical language that Heggie used in this opera, which is different from any other of his works that I’ve sung. The rhythmic patterns are tricky, and it’s all based on the flow of the language, so the music shifts in and out of different key signatures and time signatures. The textual and musical expressions are quite different from the sounds in the standard repertoire — nobody will confuse this with La Bohème!

ARTS ATL: Since its premiere in 2000, Dead Man Walking has received many subsequent performances and has been produced around the world. In your opinion, what accounts for its tremendous success?

Barton: The death penalty is a subject that everybody seems to have an opinion on, and opera makes people confront their beliefs. It’s a difficult subject to grapple with, both for people in America, where capital punishment is such a hot-button issue, and for people around the world, who might find it hard to understand why it’s still a practice here. But I think everybody relates to the hope for a kinder world — showing someone who doesn’t think that anyone could love or forgive them that love and forgiveness are possible. It’s that theme of kindness and empathy that I think really resonates. It’s also an extraordinarily well-paced opera — the story unfolds in a way that allows the audience to remain completely engaged. There are fast and terrifying scenes — like when Sister Helen enters the prison for the first time and all the prisoners are yelling at her — and there are still moments, where she’s having one-on-one conversation with de Rocher. Somehow, all those moments seem to walk naturally to keep the motion of the story moving forward without feeling frenzied or stuck.

ARTS ATL: Since graduating from Shorter College, you have won several important singing competitions and are successful within an extremely competitive career. What advice would you give to an aspiring opera singer just graduating from college?

Barton: My best advice would be to put yourself in any and all auditions you can do — whether it’s for an international competition or a church solo. Get used to getting up in front of people. It’ll make you more comfortable when it comes to trying to get jobs, and you’ll be more at ease in competitions.

ARTS ATL: What upcoming projects or plans are you especially excited about?

Barton: I’ll be doing Wagner’s Ring cycle at the Metropolitan Opera for the first time this spring. I can’t wait to ride in on a chariot with a ram’s head on the front of it — talk about a great entrance. One of our performances of Die Walküre is going to be simulcast in cinemas around the world through the Met Live in HD series, so it’ll be seen in more than 70 countries. I’m excited that all my friends and family at home will be able to see it. I’m also getting to revisit a really juicy role as Ježibaba in Dvorak’s Rusalka. This summer I’ll sing Ježibaba in San Francisco, in a more classic production where I’ll be a witchy woman of the woods. I always love getting to play the villains — they often have more layers to explore.

ARTS ATL: We spoke over the phone before your Spivey Hall recital in 2013. At that time, you said that Charles Ives was your favorite composer. Now, years later, does that still hold true, or is there another composer whom you enjoy singing more and why?

Barton: Charles Ives was, and continues to be, one of my favorite composers. But in the last several years I’ve gotten to sing meatier roles in Verdi and Wagner, and I’m finding that — surprise, surprise — I really like the dramatic singing. I’ve also enjoyed the opportunity to research and program lesser-known women and queer composers. Kathy Kelly and I are doing a recital at the Kennedy Center in March that features music by several women composers and poets, as well as a gender-bent set of songs originally intended to be sung by men. My favorite set on that program is “Love after 1950” by Libby Larsen. She uses several offbeat musical styles to evoke different moods — including blues, tango and honky-tonk.