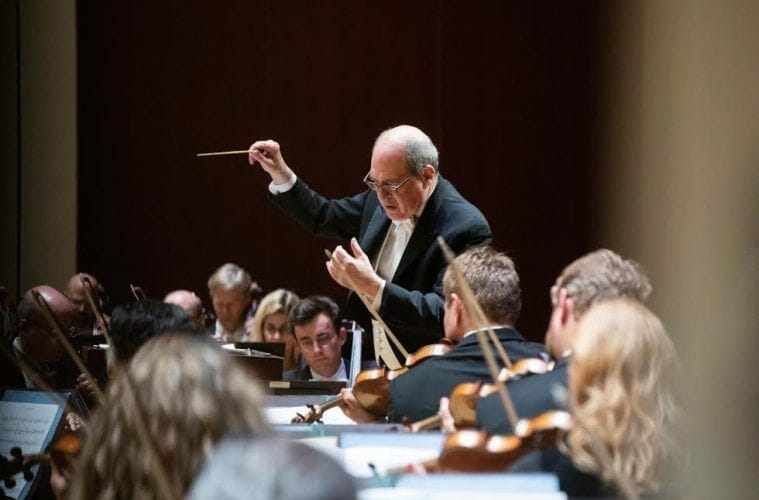 The ASO’s performance of Prokofiev’s “Romeo and Juliet” was a tour de force. (Photos by Jeff Roffman)
JANUARY 10, 2020
Numerous works have been derived from William Shakespeare’s play Romeo and Juliet. It’s the timeless and provocative story of two star-crossed lovers in Verona, unable to overcome the powerful divide between their families. “Heavy and light, bright and dark, hot and cold,” it seemed for a time that Sergei Prokofiev’s ballet, an adaptation of Shakespeare’s tale, was ill-fated as well. Composed in 1936, it was deemed impossible to choreograph and production of the work was denied on three separate occasions — by the Kirov Theater, the Bolshoi and the Leningrad Ballet School — before finally being premiered at the Brno Opera in Czechoslovakia in 1938.

Born in 1992, Latvian composer Auznieks is a rising star. A graduate of the Royal Conservatory of the Hague and a student of electronic and computer music, his 10-minute work Crossing was commissioned and first performed by the Aspen Music Festival (where Spano serves as music director) a little over a year ago. Auznieks drew inspiration not from Shakespeare, but from another literary work, Wallace Stevens’ poem “The Snow Man” and Harold Bloom’s subsequent commentary on the last strophe of that poem.

Crossing is somewhat minimalistic in feel, a winding up and down of sound, structured upon a six-note idée fixe that Auznieks explores. As he generates this recurring musical material within a framework of ever-changing meter, the orchestra is constantly at work, creating a wash of sound and a sonic grid that has a mechanical ambiance. Individual instruments rise up from the orchestra; at times it is the harp, the chimes or the majestic sounding piano that claim our attention.

Manuel de Falla’s Nights in the Gardens of Spain is a gem that has not been performed by the Atlanta Symphony Orchestra in over a decade and is infrequently heard in the United States. Not a bona fide piano concerto, de Falla assigns the piano an obligato role within these three “symphonic impressions.” 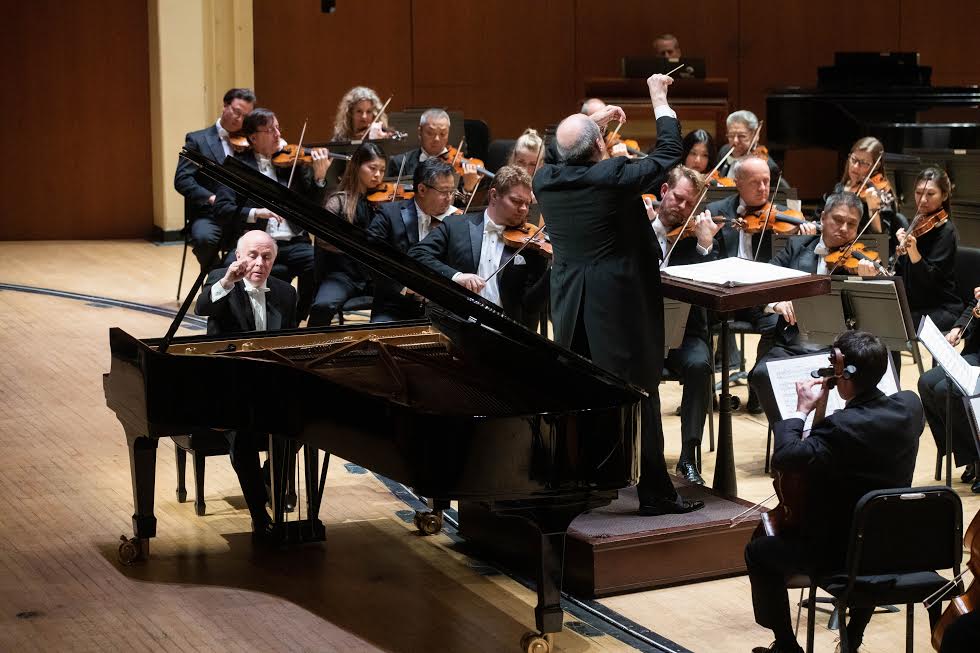 Mexican pianist Jorge Federico Osorio nevertheless played his part with nuance and soloistic precision, conjuring up a specific sense of place, the Moorish gardens at Generalife. Together, he and the orchestra executed that first serpentine melody creating a mystical atmosphere. In gentler moments the ensemble overshadowed Osorio’s elegant playing, but not enough to obscure his clearly delineated phrasing and Spanish characterization of the music. The third movement, “En los jardines de la Sierra de Córdoba” began like a flash of lightning, immediately subsiding to a crystalline melody played by Orsorio in octaves at the high end of the keyboard. The energy of the piece was just right throughout, an exotic vitality bubbling just beneath the surface.

Prokofiev’s ballet Romeo and Juliet occupied the entire second half of the concert. Spano’s direction was clear and understated, his orchestra sparkled in “The Young Juliet.” The violins’ spiccato aptly captured Juliet’s spirit of juvenescence within the first theme while the winds and low strings conveyed her blossoming sensuality within the second. “Dance of the Knights,” a movement that has been heard in Chanel commercials and Charlie Chaplin films alike, was a true tour de force. Militaristic and menacing, the orchestra embraced Prokofiev’s brilliant melody with a musical athleticism that was riveting. Themes previously heard were passed among the band members. Principal oboist Elizabeth Koch Tiscione played with refined sensitivity throughout and closed the final movement, “Juliet’s Death,” with a steady, yet heartbreaking solo.

Although Prokofiev intended this mammoth, programmatic work to be performed with dance, nothing felt lacking without it. It’s a composition that thrives on its own and was surprisingly compatible and satisfying alongside Auznieks and de Falla this night.