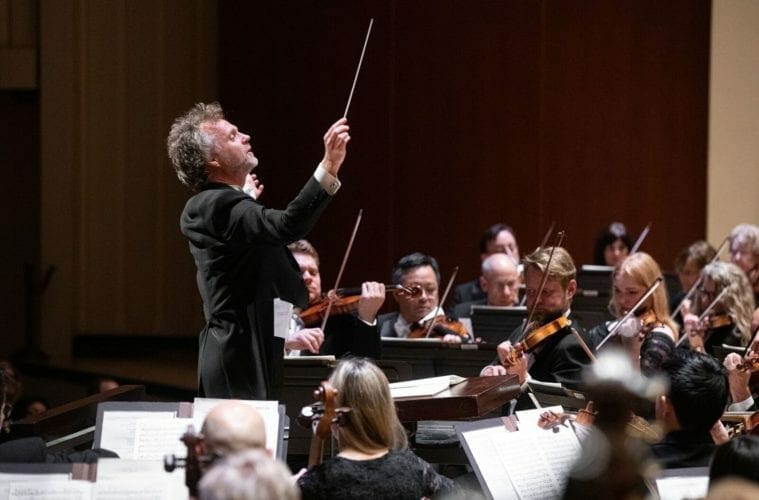 Guest conductor Thomas Søndergård returned for the second straight week to lead the Atlanta Symphony Orchestra. (Photos by Jeff Roffman)
FEBRUARY 28, 2020
When solar winds convey charged particles from the sun, they collide with gasses in the Earth’s atmosphere and create a natural wonder, the Aurora Borealis. These dancing lights in the sky, milky-white apparitions sometimes tinged with hues of pink or green, are usually reserved for the pleasure of people in Scandinavia. Yet, every once in a while, those in the United States will get a glimpse of the Northern Lights too.

On Thursday night, Danish maestro Thomas Søndergård returned to conduct the Atlanta Symphony Orchestra in a concert titled “Northern Lights: Part II” and presented works by Scandinavian composers Hugo Alfvén, Wilhelm Stenhammar and Carl Nielsen. It was a continuation of the theme from last week — when the ASO played a concert of Sibelius — and gave Atlanta another glimpse of a repertoire rarely heard this far south. The concert repeats Saturday evening at Symphony Hall.

The ASO began with a robust reading of Hugo Alfvén’s Bergakungen Suite for Orchestra, Opus 37, a work that the orchestra had not previously performed. It’s a four-movement distillation of Alfvén’s ballet which premiered in Stockholm in 1923 and lost momentum after only a decade. Søndergård, who is a former timpanist, allowed the percussion to shine during fanciful, energetic moments, setting the tone for a promising evening.

Pianist Håvard Gimse joined the ensemble for Edvard Grieg’s Concerto for Piano and Orchestra, Opus 16. Gimse won a trio of important competitions early in his career that included the Steinway Prize, the Grieg Prize and the Sibelius Prize. He plays powerfully, despite his sheepish demeanor when not seated at the piano. The third movement, an immense rondo that incorporates Norwegian folk dance idioms, was especially dramatic, and Gimse was so invested that he couldn’t keep his feet from audibly tapping along. Principal flutist Christina Smith’s delicately played solos paved the way for Gimse’s more tender pianistic moments. 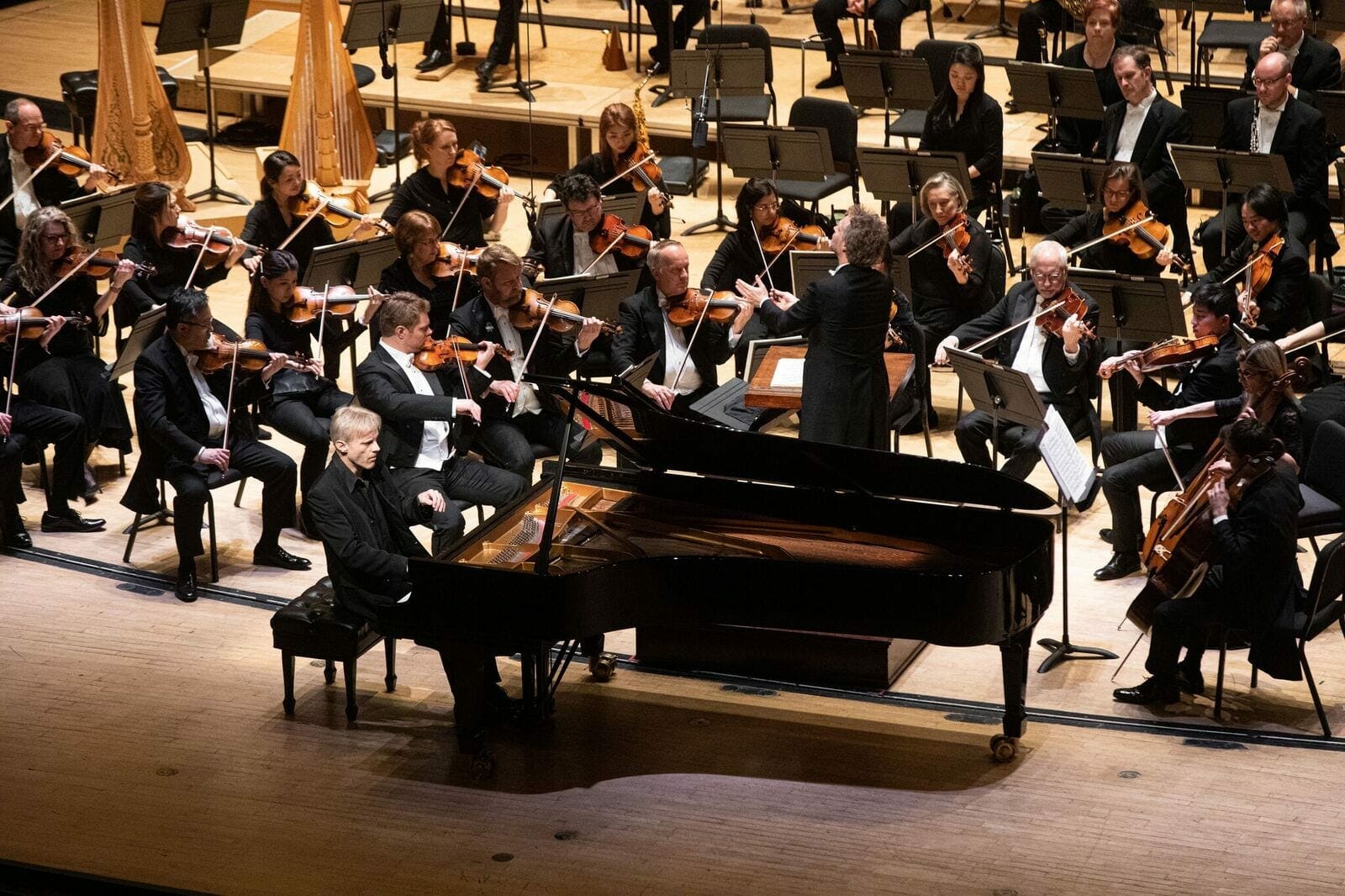 Percy Grainger called Grieg a “master of the art of condensation” as he excelled as a miniaturist. Opus 16, Grieg’s only piano concerto, is really an outlier in that way, but its appeal is evergreen and for good reason. The notion that it could ever be overplayed is nonsense, especially in the context of this concert which held so much “new” repertoire for Atlanta.

The second half began with another such debut, Wilhelm Stenhammar’s gorgeous ballad for baritone and orchestra, Florez och Blanzeflor. Andreas Landin sang Oscar Levertin’s Swedish text with ardor, but unfortunately denied this turn-of-the-century gem the operatic richness that the vocal line required.

Søndergård and the Atlanta Symphony Orchestra closed the evening with Carl Nielsen’s Symphony No. 3 “Sinfonia espansiva,” Opus 27. Nielsen appointed his music with philosophical themes and this one is said to be concerned with the origin of man. Indeed, within the second movement, Adam and Eve (Landin and soprano Sherri Seiden) made an appearance, joining the comprehensive spectrum of sound.

The outer movements of this generous symphony were most arresting. The work began with a series of bombastic chords and set off at a pace charged with momentum. The ASO exhibited its brawn at several junctures, perhaps too much at times. Tutti sections in the majestic finale were monodynamic (and a bit challenging for those with their sense of hearing acuity intact), robbing the final moments of the work some impact. Despite this, it’s a provocative work and one that is best done by a sophisticated orchestra like Atlanta’s.