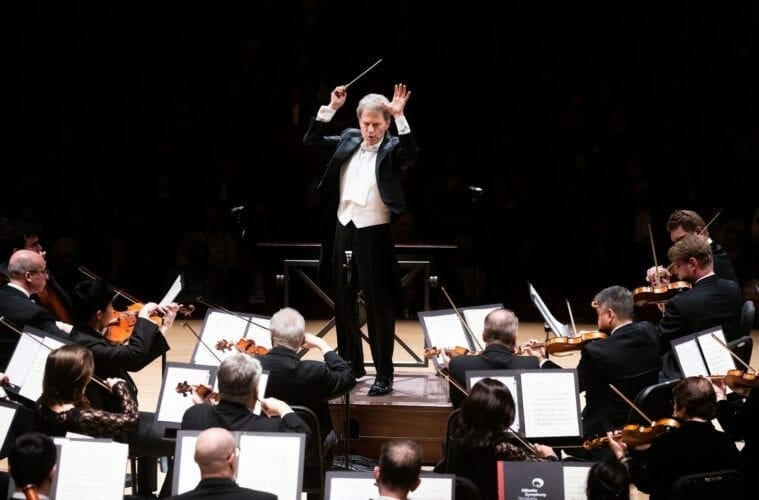 Yoel Levi returned to Atlanta Wednesday night to guest conduct the orchestra he once led. (Photos by Jeff Roffman)
MARCH 13, 2020
Concert seasons are planned far in advance and when the Atlanta Symphony Orchestra announced that violin virtuoso Itzhak Perlman would be playing Max Bruch’s most famous violin concerto at Symphony Hall on March 11, 2020, it wasn’t long before the event was sold out. It’s hard to plan for something like a coronavirus pandemic, though. When Perlman canceled a day in advance due to travel precautions, there was really only one violinist who would be an acceptable pinch hitter: Pinchas Zukerman.

Zukerman’s career as a violinist, violist, and conductor spans five decades and includes a discography of more than 100 albums that encompasses everything from concerti to chamber music. He and Perlman both emigrated from Israel and attended the Juilliard School together, studying with Ivan Galamian and his assistant Dorothy DeLay. Both won the prestigious Leventritt Competition, an international competition for classical pianists and violinists that no longer exists but preceded the Van Cliburn competition.

No doubt many were dismayed by Perlman’s absence last night, but the fact that this particular artist came in his place was a marvel. As a young violinist I remember alternating between Perlman and Zukerman recordings, depending upon what I was studying. Perlman’s recording of Bach’s Sonatas and Partitas, released by Warner Classics, and Zukerman’s RCA Victor recording of Haydn’s Violin Concerto No. 1 in C were staples. I learned as a teenager that no two violinists sound the same, despite their musical pedigree. While I valued Perlman’s warm timbre and throbbing vibrato, I also enjoyed Zukerman’s precision and clarity of tone.

On Wednesday night Zukerman, now a septuagenarian, began Bruch’s Concerto No. 1 in G minor with that same crystal-clear sound that I had memorized. His tempo, quite slow and deliberate, made me wonder when he had last played the Bruch. Given only 24 hour’s notice, and in the midst of tours with both the Vienna and Royal Philharmonic Orchestras, not to mention a number of guest appearances with symphonies around the world this season, would Zukerman remember all of the notes? 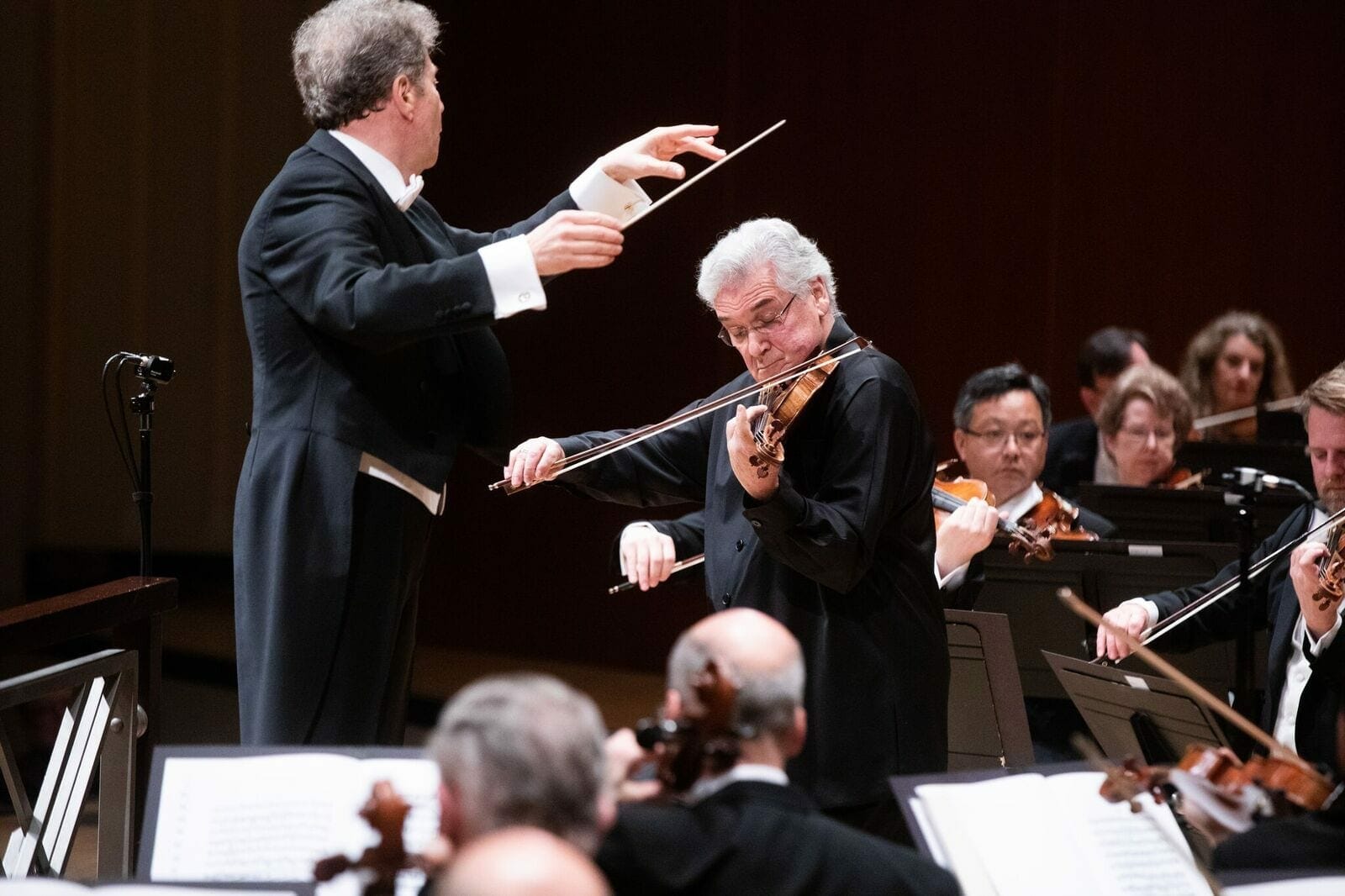 Two minutes into the vorspiel, after the initial double stops, a shadow of a smile appeared on Zukerman’s otherwise stoic face and it was clear that this was just another day at the office. Zukerman embarked on the second principle melody of the first movement and the luscious adagio with intensely beautiful phrasing and full-bowed majesty. The audience, only a fraction of what it would have been pre-coronavirus, was more than grateful, and Zukerman received several curtain calls before waving goodbye sans encore.

There was another celebrity present Wednesday night, too. Former ASO music director Yoel Levi returned to Atlanta for this special occasion. When you visit Symphony Hall, it’s inevitable that you’ll brush elbows with patrons who have followed the orchestra since the 1960s, many of whom will say that it was Levi who made the ASO great, inheriting a fine ensemble from Robert Shaw in 1988 and leading it to international prominence. It was no surprise then, when Levi’s initial entrance earned a standing ovation.

Levi and the ASO bookended the concert with Giuseppe Verdi’s Overture to La forza del destino to start and Gustav Mahler’s Symphony No. 1 in D Major (“Titan”) after intermission. Mahler’s first symphony is thought to be the most accessible of his symphonic output. This one bears a strong resemblance to a symphonic poem, although Mahler himself decided that it wasn’t one.

Anyone who has heard a Mahler symphony knows that he has a knack for creating atmosphere and a child-like sense of wonder within his music, all the while inspiring 20th century compositional techniques. The ASO was proficient in conveying this — barely perceptible percussive elements, the cuckoo’s song, and the delicate trilling of woodwinds — in the first movement alone. These “sounds of nature” (“wie ein naturlaut”) and a spirited ländler preceded the haunting third movement (a.k.a. Second Part) which was launched by principal bassist Joseph McFadden when he played an eerie rendition of “Frère Jacques” in a minor mode. Levi and the ASO led us down a musical rabbit hole and back again during this hourlong symphony. It was an exhilarating rendition of Mahler’s epic work and a dramatic finish to the evening.